Use our service to book your stay 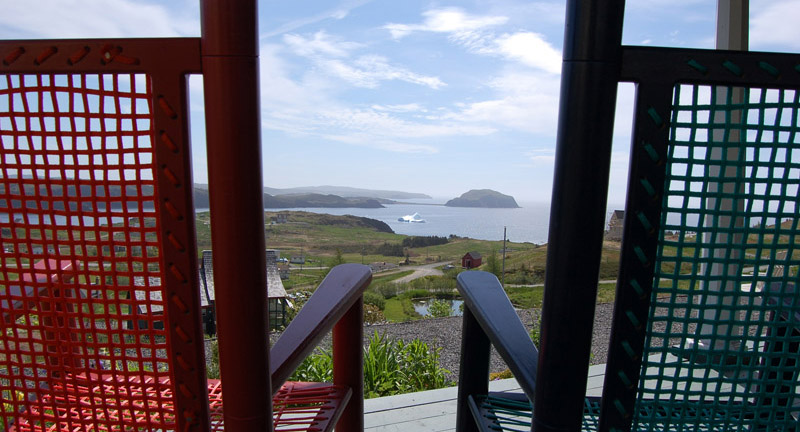 In 1989, we bought a small saltbox in Port Rexton as a summer home. During that idyllic first summer, we fished in an open wooden boat, went whale watching, hiked coastal trails, and got to know some of our new neighbours. Within a year, our summer home had become a full-time residence and we had moved our family from Ontario to Newfoundland and Labrador. In September 1990 our sons, Luke, 10, and Gabe, 8, started at the local school. John continued to run his consulting firm; his clients were located across Canada and he could just as easily be based in Port Rexton as Toronto.

Fishers’ Loft Inn began in 1997 as a four-room B&B in an extension of our home. Within two years we were unable to keep up with demand. In 1999, we built two additional buildings with eight suites and rooms, as well as a dining room, kitchen, bar, living room, and library. We added a kitchen garden and greenhouse. These remain the heart of the Inn, even as we added new structures. Our newest building was completed in 2011.

Today, Fishers’ Loft Inn is 33 rooms and suites, an executive conference centre, dining room, bar, and library/sitting room. We still don't have room for everyone who calls, which can be frustrating—but it is important to us that we maintain our peaceful environment and personal contact with all our guests. 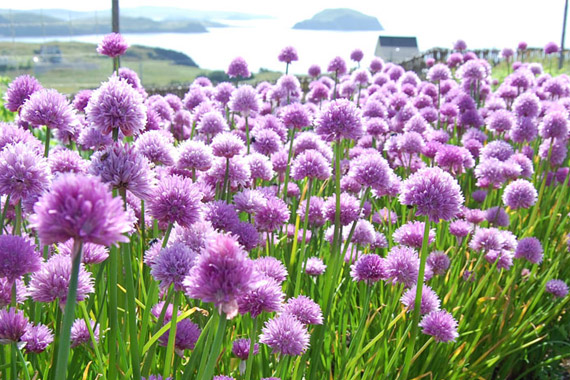 By late summer and through the autumn, berries are everywhere: partridgeberries (lingonberries), blueberries, bakeapples (cloud berry), cranberries, wild raspberry, and more. Many of these species grow on the Inn’s acreage and in the surrounding woods.

The night sky at Fishers’ Loft Inn is a wonder to behold. It’s as if the universe is a canopy hovering above the inn. To preserve this experience, we have minimized outside artificial lighting wherever possible. 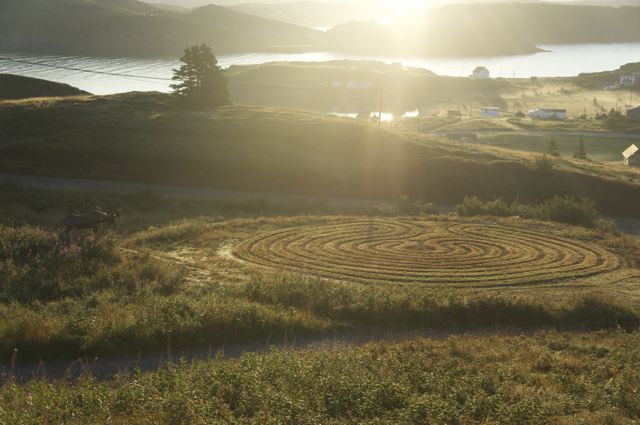 The Inn is surrounded by many attractions and opportunities, including whale watching, professional theatre, movie sets, boat tours of deserted communities, craft shops, art galleries, historic sites, and small fishing communities. Friendly people and panoramic seascapes await at every turn in the road. Artists' studios and galleries are scattered around the Bonavista Peninsula.

The 5.3 km Skerwink Coastal Loop Trail, rated by Travel and Leisure as one of the best in North America, connects to the Inn. We provide maps to this and other nearby coastal trails.

Port Rexton is one of 10 communities that make up Trinity Bight. Our closest neighbour is Trinity. Since 2000, movies and TV series with combined budgets of over $50 million have been shot in the Bight. It began with Random Passage, a TV series starring Colm Meaney about the early days of the fishery. Next came The Shipping News, starring Dame Judi Dench and Kevin Spacey (both stayed at the Inn). The Grand Seduction, starring Brendon Gleason and Taylor Kitsch, was filmed in 2013.

Community is important to us. Each year we provide gift certificates to a wide range of community organizations for fund-raising auctions.

Paintings and photographs by local artists decorate all our rooms, suites, and public areas; creations from our visiting artist program are destinations in themselves (check out Christina Nicks’ sculptured moose and North America's only “racing labyrinth”). The Just Before Dinner reading series features the best of Newfoundland and Labrador writers. Founded in 2004, it is hosted by the Inn in partnership with regional publishers.

For several years, the inn sponsored an annual Opera Brunch to bring a professional opera production to Bonavista each year, as well as a music series at the Garrick Theatre in Bonavista and workshops at the English Harbour Arts Association. We participate on community boards (tourism and heritage associations) and our town council.

We seed funded and helped organize the start-up of Riddle Fence, the province's literary journal.

We founded Business and Arts Newfoundland and Labrador to build a robust relationship between the business and arts communities.

ABOUT US: PEGGY AND JOHN FISHER 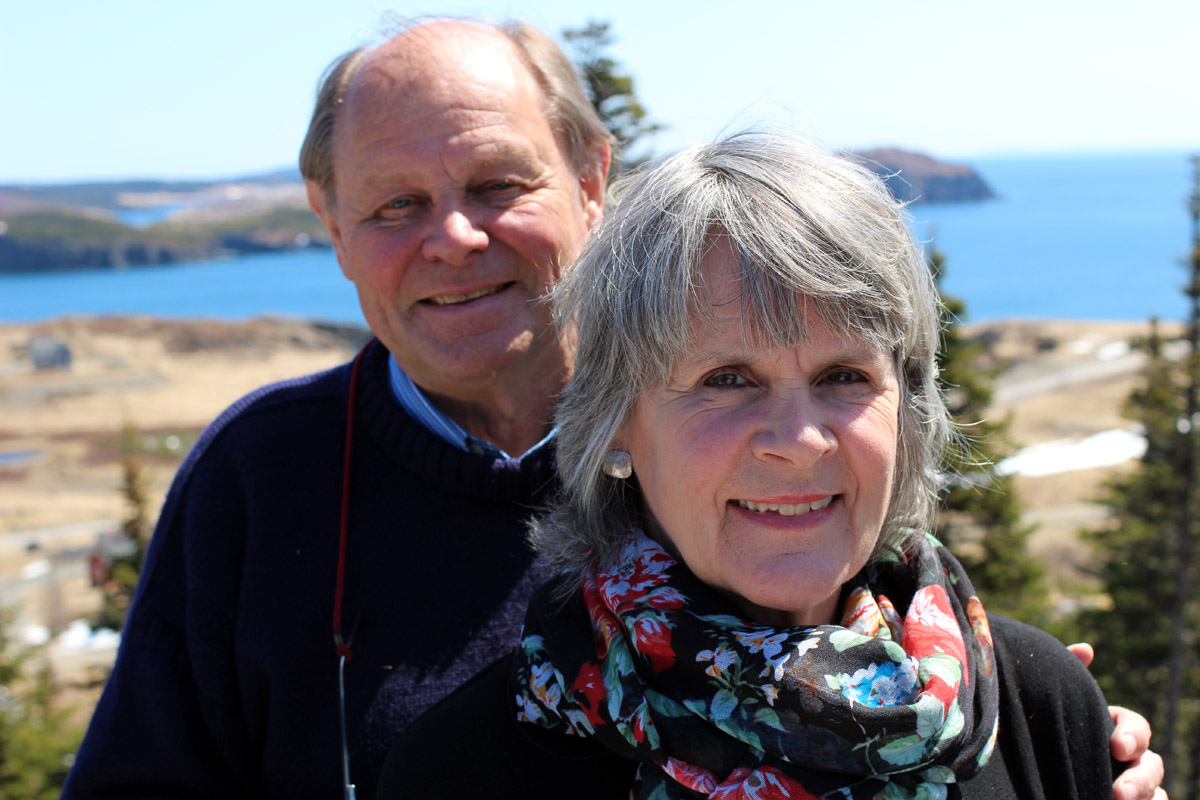 Peggy has an art history degree and a background in art gallery and project management. John has built a career in social planning, professional theatre management, and documentary film production. He is the author of a best-selling management book which became the genesis of his consulting firm.

They met in 1977 while launching a ground-breaking initiative: the redevelopment of an 1852 court house into a bilingual cultural centre with two playing stages, three in-house theatre companies, a restaurant, and an art gallery. Adelaide Court/Cour Adelaide was located at Church and Adelaide Streets in downtown Toronto. 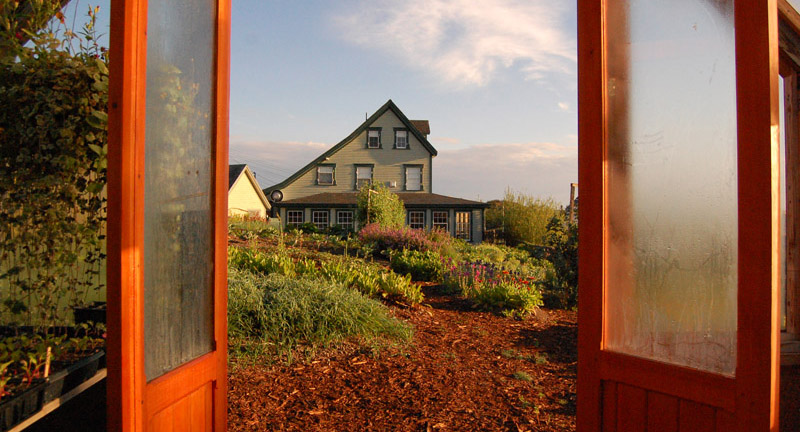 We wanted our buildings and interiors to reflect the tangible and aesthetic heritage of Newfoundland, and particularly the local architecture. We engaged Frank Lapointe, a house designer and one of Newfoundland's leading artists, to work with us. (Coincidentally, Frank was born in that summer house we bought in 1989.) Frank has an encyclopedic knowledge of the history of Newfoundland folk house forms. Three structures of the Inn are built in the style of second generation salt boxes constructed around Trinity Bay circa 1865–1920. One is a Mansard design.

The rooms and suites have views of forest and ocean through locally made traditional wooden windows. The furniture in rooms, suites, and public areas is handcrafted by local award-winning artisan Mike Paterson.

The interior of the inn is warm and inviting, full of light, and uncluttered. The modest library of books, journals, studies, and magazines illuminates both the history and current affairs of Newfoundland and Labrador. A book exchange is seeded with books published in or about the province. The magazine rack is stacked with periodicals covering international affairs, fashion, the arts, economics, travel, and more.

Blueberry bushes border the web of footpaths connecting the six buildings on our 14-acre property. Chairs are strategically located for quiet moments spent contemplating the seascape (including whales and icebergs, with luck and in season) or stargazing.

In 2010 Fishers' Loft Inn was recognized by the National Geographic Traveller magazine as one of 15 places to stay in Canada in recognition of our commitment to protect, enhance, and interpret the culture of this place.

DINING AT THE INN

We’re all about freshly prepared food, attractive plating, sourcing local ingredients, and making the most of our kitchen garden. Meals are beautifully prepared by kitchen staff, all from the Trinity Bight area. We emphasize skills transfer: our niece, chef Laura Duchow, visits from Montreal twice each season to provide ongoing culinary skills development, inspiration, and recipes. Our wine list is carefully curated.

The dining room looks out over Trinity Bay and the kitchen garden. Our casually elegant dining experience is grounded and relaxing, while meeting the high expectations of our dinner guests. Where to Eat in Canada rates it as one the best in rural Newfoundland.

Fishers’ Loft Inn is a character accommodation—the opposite of an urban chain hotel. We offer many of the services of a hotel, including a bar and nightly dining. To this we add the personal touch of a B&B.

We believe tourism works best when it is culturally, not economically, driven. Economically driven tourism can easily smother uniqueness with high density development and generic buildings. Our place is not our brand, it is who we are. Likewise, your experience with us is your own to discover—it is not a product.

The present is as important and compelling to us as our past. While Fishers' Loft Inn consciously celebrates the history of the area, inside and out, we are equally enthusiastic about the province’s current economic and cultural renaissance.

We seek out partnerships with Newfoundland and Labrador artists and artisans to introduce visitors to the creativity, artistry, and optimism that abounds here. The work of painters, writers, carvers, knitters, and others are visible throughout the inn and in our shop. 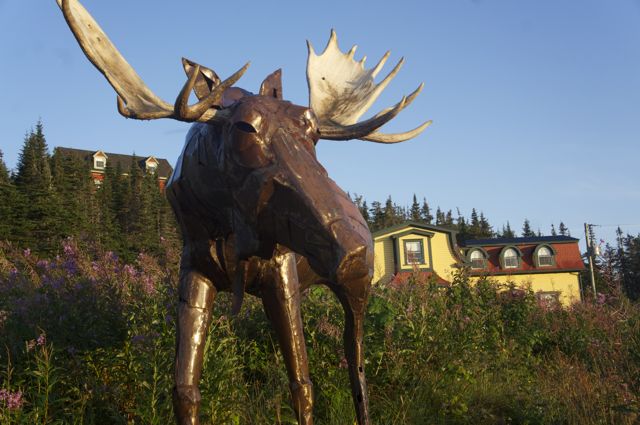 Fishers’ Loft Inn employs 20 staff through our seven-month season. Among the best in the province, they are gifted natural interpreters of the culture and history of this place. Most have lived in the area for generations, the descendants of the fishing families from England’s West Country who settled the region in the mid-1700s. Many are from large families and recall a time before paved roads and electricity, when community life revolved around the fishery.

Most of our staff have been with us for 10 years or more. They have contributed deeply to the development of the inn, and they are our partners in so many ways. You'll see. 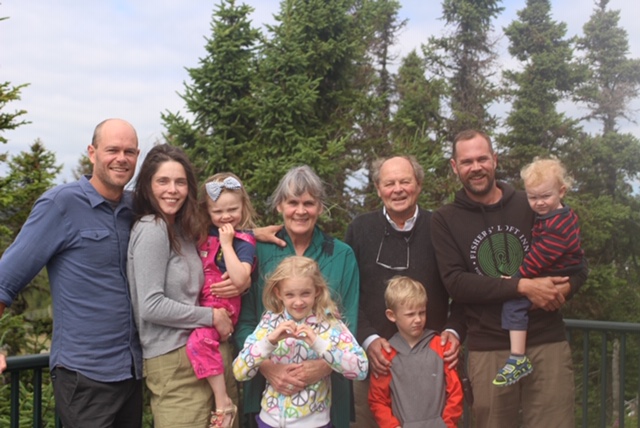